Hotel Libertas is located on the coast of Prčanj in Boka Kotorska, in a palace on the seashore that was built at the beginning of the 18th century and belonged to the Kotor noble family. This stone palace, which is legally protected as a cultural-historical heritage, was completely reconstructed in 2018 by new owners, preserving its authentic appearance.

Hotel carries the name of the largest sailing boat from the Prčanj fleet from the second half of the XIX century.

This 4-star hotel is located on the seafront and has luxuriously rooms as well as deluxe apartments. All the rooms in the hotel are named after sailing ships from the Prčanj's fleet, and the walls are covered with oil on canvas paintings exactly of these sailships, which are the work of a famous Montenegrin academic painter. The rooms of the hotel are Superior type with a queen size bed of 26m2, and are furnished in a Mediterranean style. All rooms have sea views. Delux apartment named Libertas has accommodation capacity for 5 persons. It has two bedrooms, living room with fireplace, kitchenette and dining room, bathroom and own toilet.

The hotel has a modern restaurant serving breakfast on the international buffet table, with an accent on domestic eco products. Guests have at their disposal a free hotel garage, as well as an open-air swimming pool with sun terrace and open-air bar. The hotel also has its own beach which is located in front of hotel. 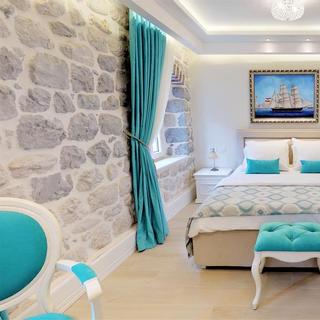 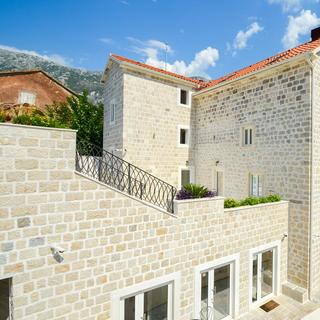 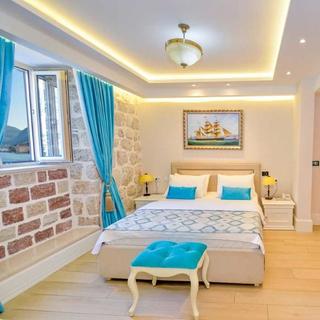 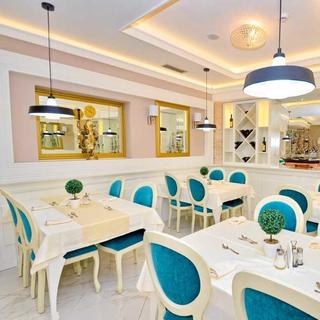 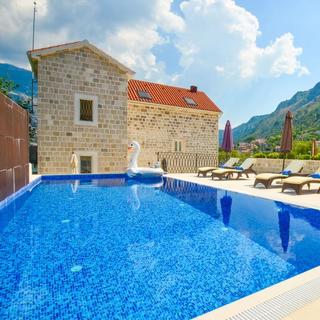 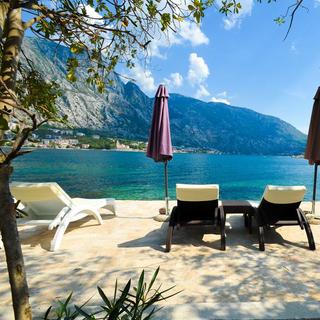