Situated in the two and a half millennium Old town of Budva, the luxurious hotel Astoria, was fully renovated in November 2007. Astoria Hotel offers six suites and six double rooms, all luxuriously furnished. It is the first and only boutique hotel in the Old town. The architectural elements have remained untouched, and the building is still the typical noble house but the interiors show a strong modern influence with original furniture in the minimalistic style.

Restaurant Astoria serves fresh, contemporary, hearty, generous international and national cuisine. It serves mostly modern Mediterranean style meals with special touches – like feta imported especially from Greece. Their menu includes a tasty collection of meat and seafood dishes as well as salads, pastas, sandwiches. The hotel has its own rooftop restaurant, La Bocca, overlooking Budva old town and the sea – this is the ultimate in a Budva town getaway.

Budva’s old town is very pretty and historic, with museums, churches and ancient ruins lying beneath it. But in summer it’s better known as Montenegro’s party capital.

The hotel has a part of the beach right in front of the old town, just for its guests. 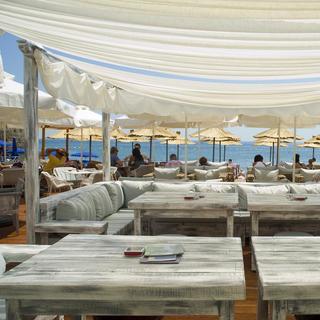 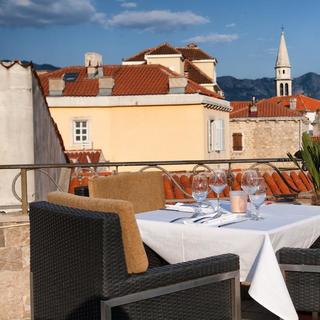 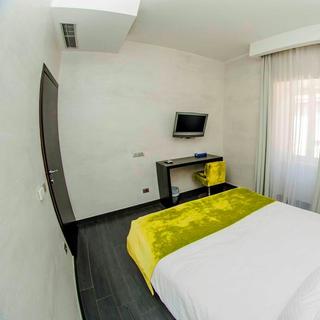 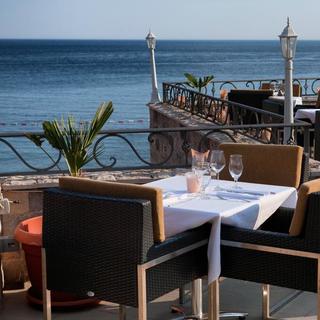 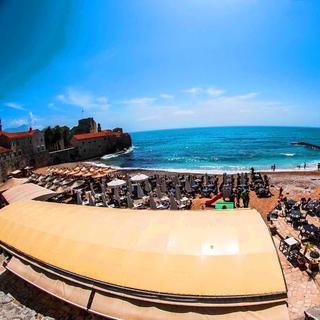 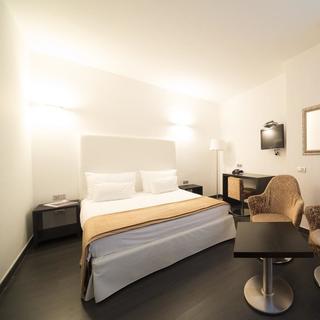