They came in Tivat with a private jet and the movie crew and the main actor himself are in positive mood, and they are also planning to stay for a whole week, with the exception that they can stay for a few days more. 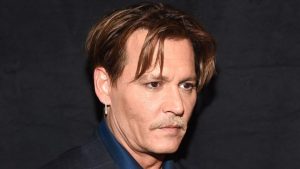 The main production of the movie began in Japan, while the movie set was moved to Serbia in January. Depp loved Montenegro as a new location for the filming and moving to the sea feels good for him, said the source close to the movie crew. Municipality of Tivat  gave their support in administrative, booking and location arrangements as this big film achievement is significant opportunity for global promotion of Tivat.

Minamata is predicted on the e-book by Aileen Mioko Smith and W. Eugene Smith and tailored by David K. Kessler (The Exausting Day’s Day).  Johnny Depp plays the first war photographer of the newer era, Eugene Smith. After the Second World War, Smith begins working for Life magazine and reveals the poisoning of people from the Minamata factory in Japan.

The celebrated days of Second World War are far from Smith when his old friend, Life’s editor Ralph Graves, is convinced to return to Japan to find a great story: devastating destruction of the coastal community by poisoning.